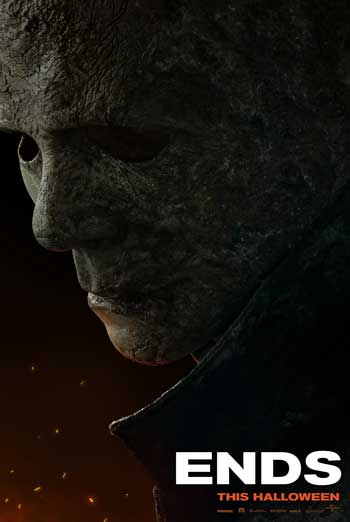 Halloween Ends contains several sequences with flashing lights that may affect those who are susceptible to photosensitive epilepsy or have other photosensitivities.

After 45 years, the most acclaimed, revered horror franchise in film history reaches its epic, terrifying conclusion as Laurie Strode faces off for the last time against the embodiment of evil, Michael Myers, in a final confrontation unlike any captured on-screen before. Only one of them will survive.

Movies and showtimes are updated for online ticket purchase each Wednesday morning for the upcoming week (Friday to Thursday).
Click

is available for purchase and must be submitted 48HRS or more before your selected showtime.
Click

to view Shout Outs available for purchase. To learn more about Shout Out please click here.

You are within 48HRS of the selected showtime, Shout Out is not available for purchase.

Screen
Book Your Tickets Now Close Back to showtimes

The preview of available seats feature is currently disabled.